Hit enter to search or ESC to close

The vineyards were first planted in 1993 with an experimental mindset to see what would grow in this area. As the vines continued to thrive, more varieties were planted – Waupoos now has 20 acres of established vineyards growing 18 different varieties. Our wines have placed in national and international wine competitions, with the medal count growing annually.

The wine cellar and retail store were built from the ground up. The building is rich in limestone (hand picked from a quarry in Kingston ON) and officially opened in 2001. Here you can sample our award winning wines, purchase wine and wine-related gifts and don’t forget to visit the chocolate and gelato store.
As the estate matured over time, we built a beautiful restaurant by the water, nestled amongst the vineyards. Our restaurant’s focus is farm to table; we grow produce and raise proteins on the farm to offer the freshest ingredients whenever possible.

Some vineyards are two feet to limestone, some are eighteen feet. 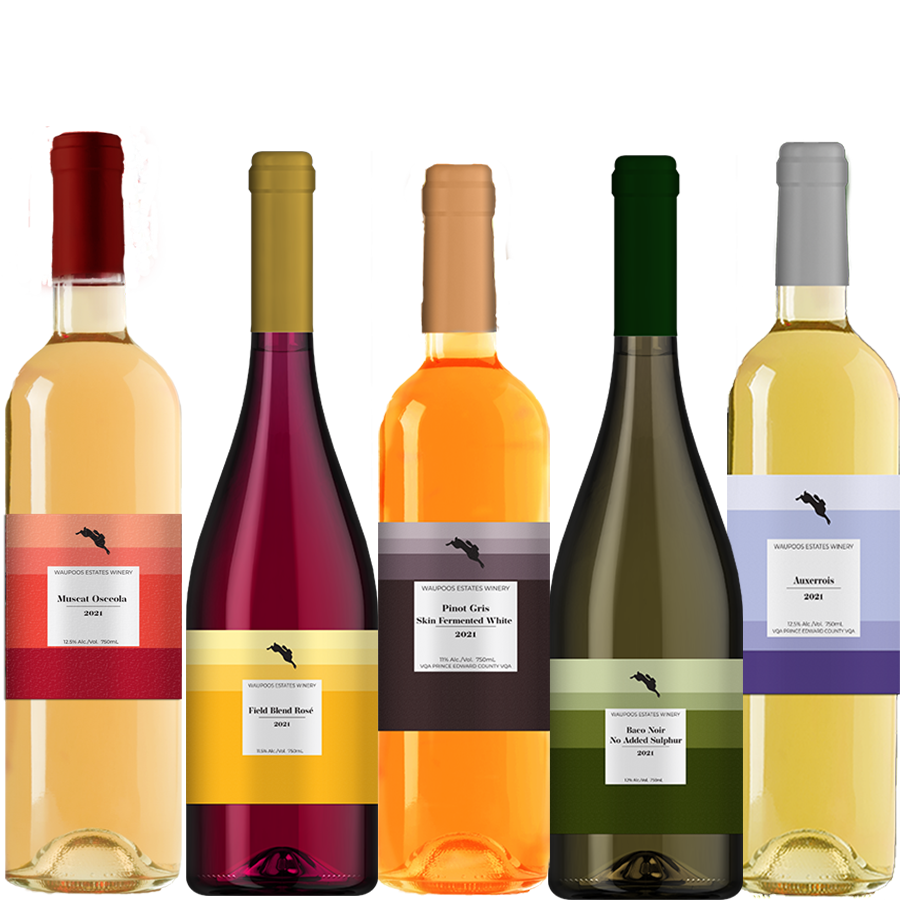 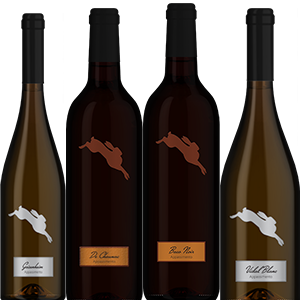 A fun fact about our Estate is we have a small citrus grove in our outdoor tasting area. These citrus and exotic trees needed a warm place to winter so we built a greenhouse. Aside from a warm home for our plants we thought, how else could we use this greenhouse? In 2016 we tried making an Appassimento/Vin de Cure/Amarone style wine. This style of wine is all about drying the grapes, traditionally the grapes are dried naturally – hung in barns or laid on straw. But in Ontario our climate would not suite these processes, so we used our greenhouse! After harvest the grapes are laid in a single layer on custom made wooden racks to dry. By drying the grape we are lessening the water content, concentrating the sugars, flavours and acidity. These wines are typically higher in alcohol and can have a higher residual sugar, they are heavier in flavour, profile, and colour.

Our Reserve wines are essentially wines that have gone above and beyond. In very basic terms Reserve wines are winemaker’s choice. Often small batches – down to a single barrel (225L), these wines exceed expectations from the fruit,  fermentation aromatics, then during it’s cellaring.  Typically our Reserve wines are all barrel aged, but every once and a while there is a fresh, fruit forward wine that joins the series. Our newly released Reserve wines showcase some gorgeous custom artwork by Belleville-based artist Carl Wiens. We have had some wine series for over 10 years now! These blended wines will never be the exact same vintage to vintage, but we try to keep them similar. Our Rabbit Series wines and Honeysuckle blend are indented to be easy drinking, food friendly, crowd pleasing. 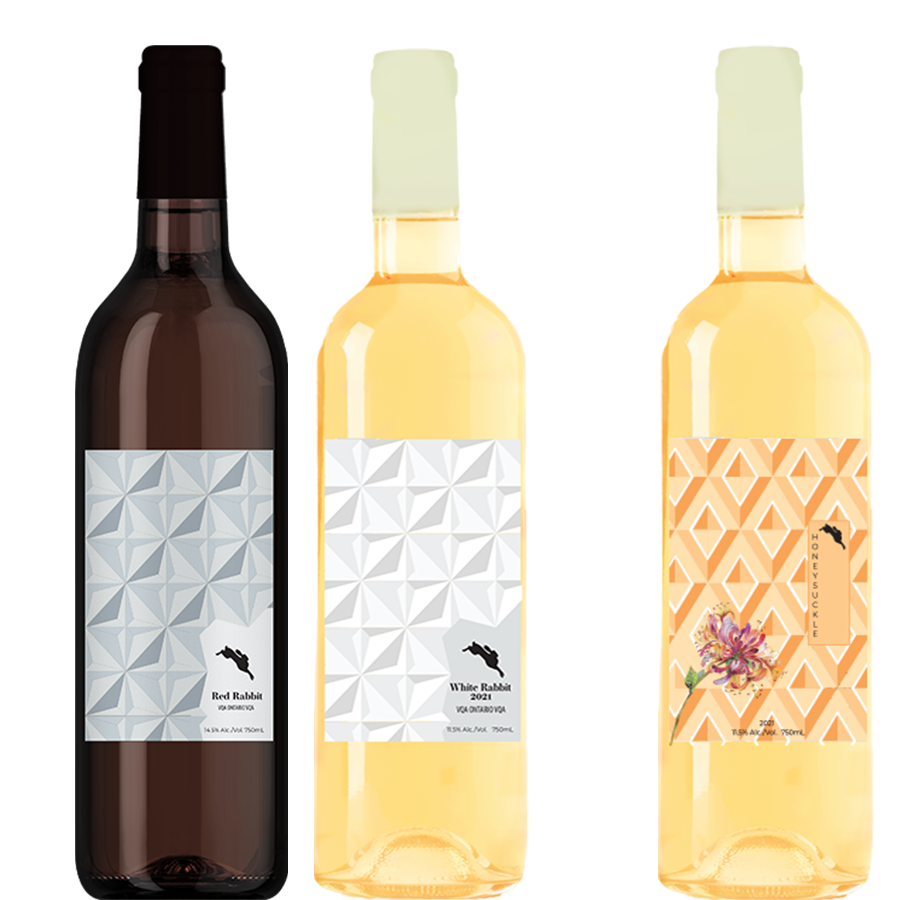 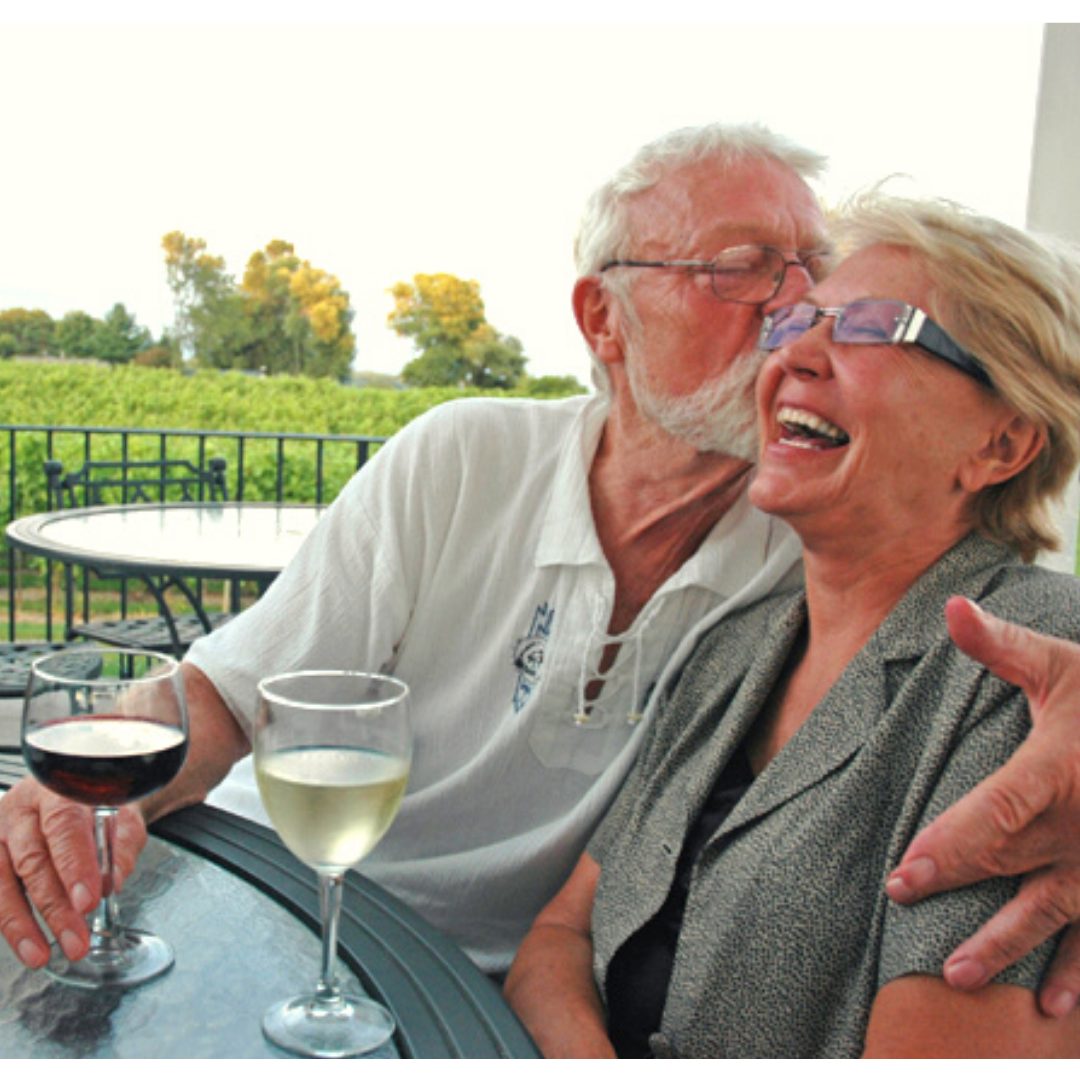 In 1993, founders Ed Neuser and Rita Kaimins became Prince Edward County pioneers by opening the County’s first winery. Neuser, a German-born machinist, came to Canada in 1957. In 1983, he purchased the 100-acre farm and century-old house, planting the seeds for what would become the lynchpin of thriving local wine industry. “It was after a couple glasses of wine, or maybe it was a couple of bottles. Everybody thought we were off our rockers—we had no experience growing grapes, let alone making wine.”

Experienced or not, Ed and Rita were clearly onto something. After starting with just a half acre vineyard, today Waupoos Estates has grown to 20 acres of thriving vineyard. Having help from key collaborators, such as General Manager Kyle Baldwin, who has been running the winery for more than fifteen years, has been a huge part of the winery’s success. “We’ve put the county on the world map, its been quite a journey” —Ed Neuser 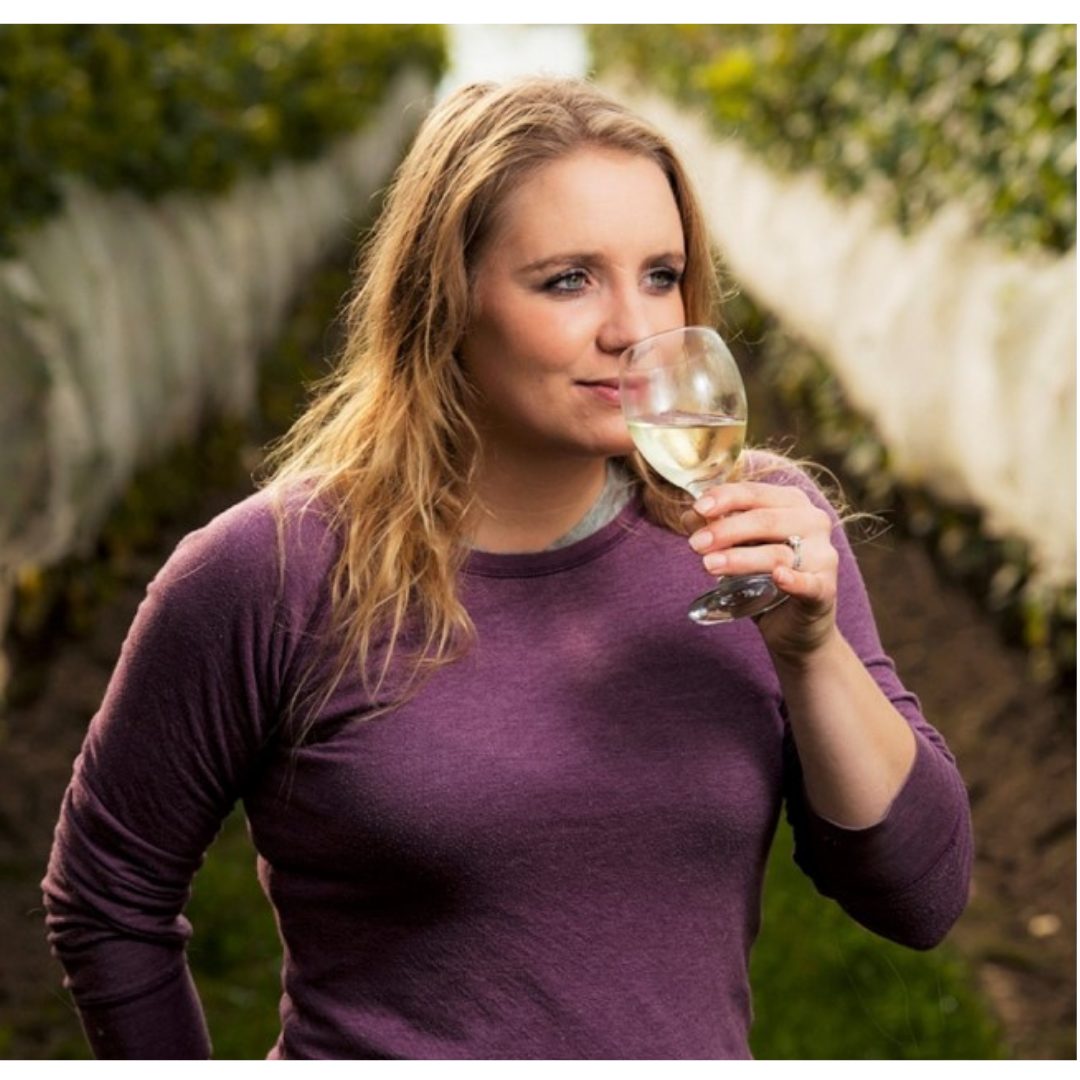 Our award winning winemaker was born and raised in Barrie Ontario. She studied literature abroad in England and general arts in Montreal – the creative process fascinated her which eventually led her to winemaking. At the young age of 20 and on a whim, Amy enrolled at Niagara College for the winery and viticulture program. The gamble was worth it and she fell in love with the craft, and also completed the post grad wine business management program to see the other side of the industry. After her three-year college experience and time working at Reif Estates the opportunity of a lifetime arose. With the help and support of her family and mentor Rob DiDominico she moved to the small town of Picton to embark on this new chapter of head winemaker at Waupoos Estates at the age of 23. Years later Amy continues to produce award winning wines and try new production methods. She also produces award winning cider for the Estate Cider House – Clafeld Fruit Winery and for The 401 Cider Brewery.

Winemaking is one of those unique practices that harmonizes science and nature,” Amy says. “Every year is different. Once the grapes have been harvested, the creative possibilities become endless. Wines can be similar but they will never be the same. From the vineyard to the bottle, each step is as exciting as the last.

The Estate at a Glance 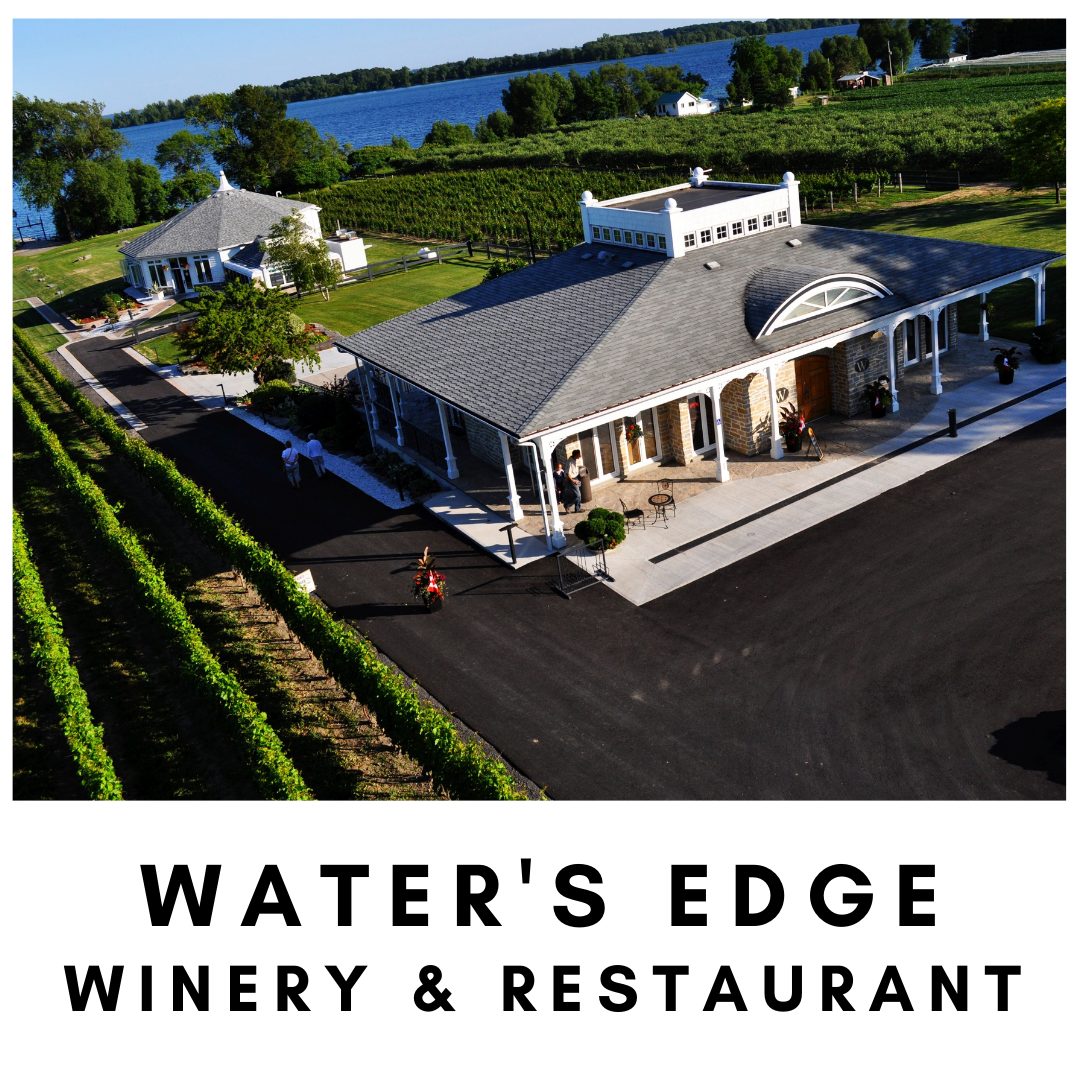 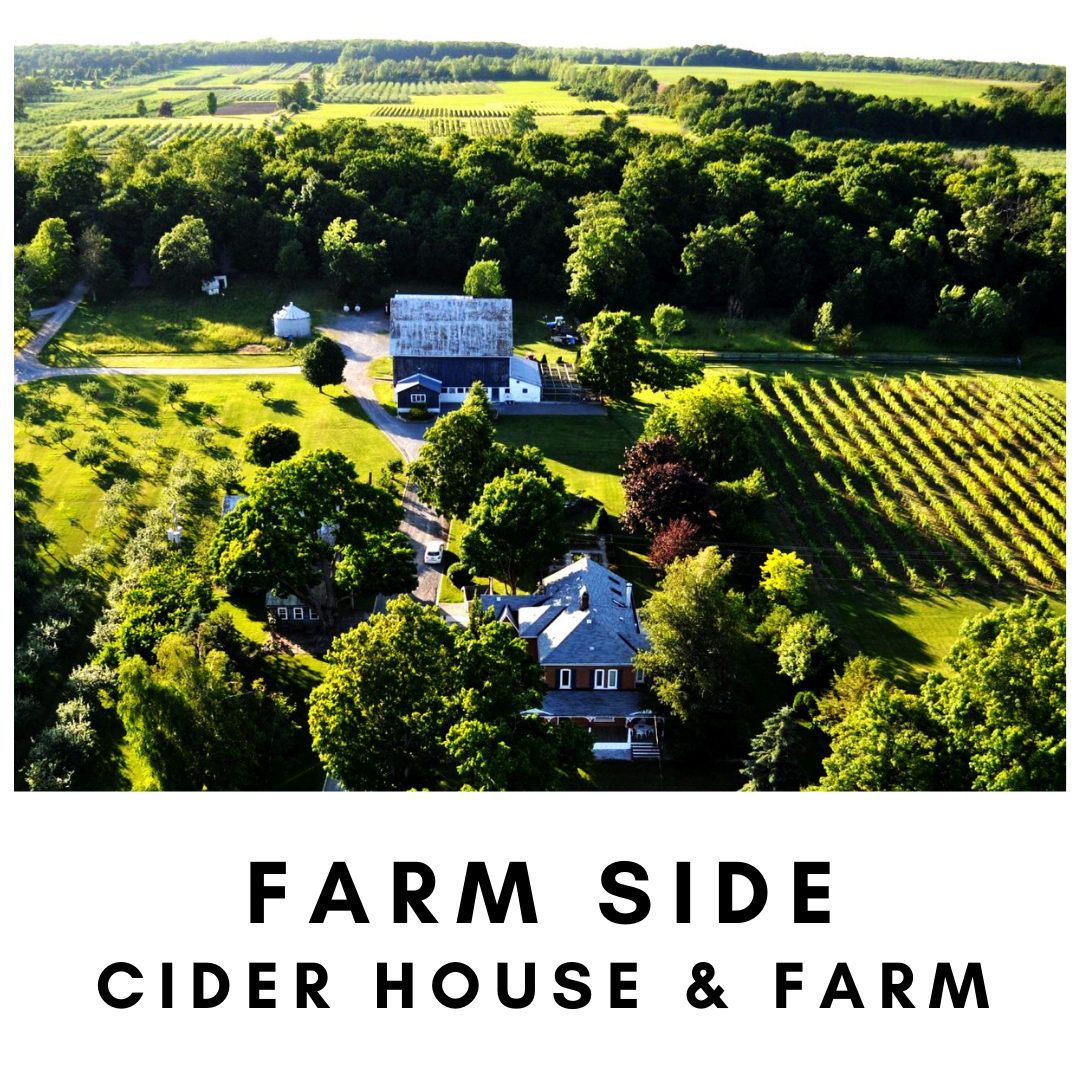 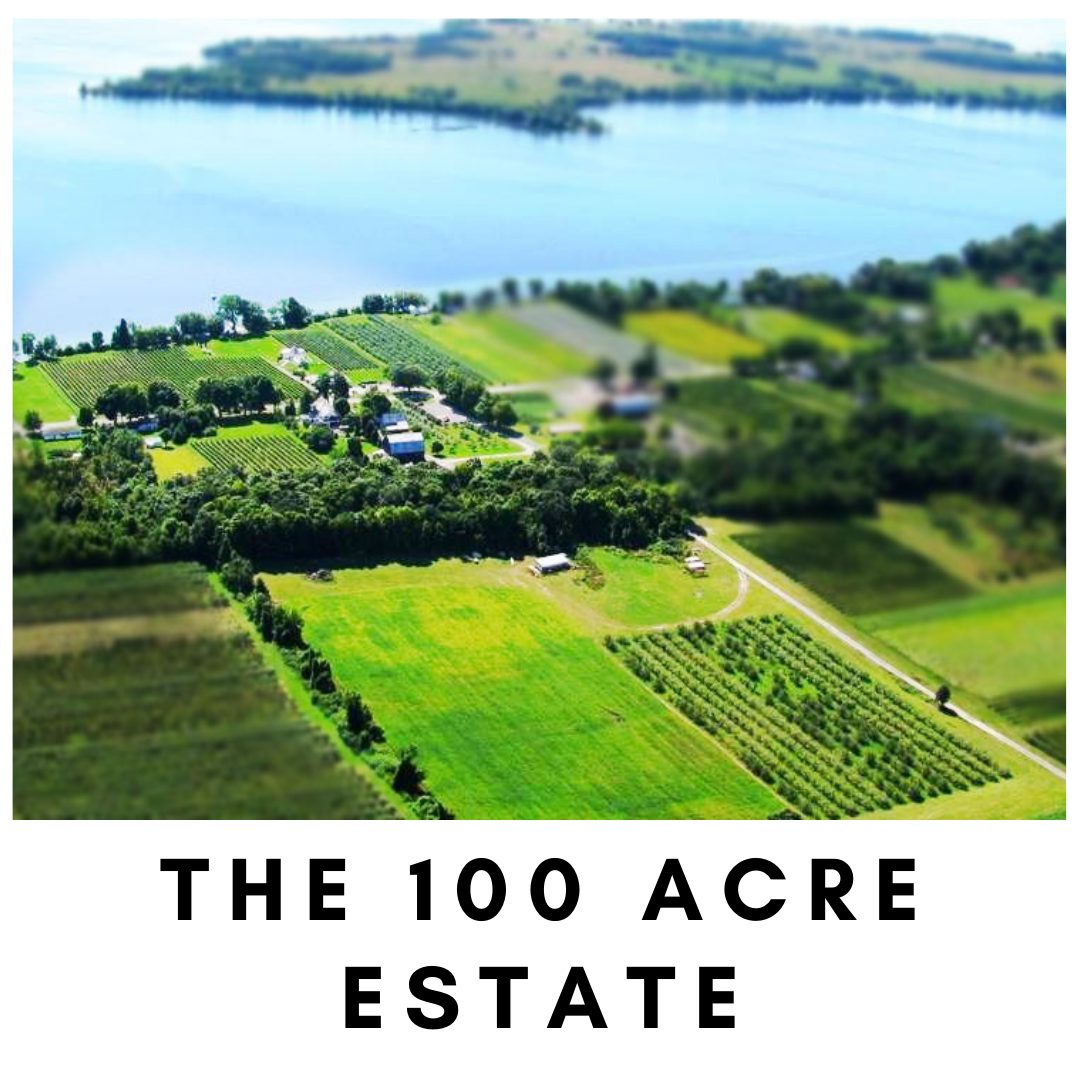 Fill in the form below and one of our wedding event staff will be in touch to discuss all your wedding day needs!